The Impact Of Culture In Attracting Top Talent

Transformational Leadership: The Other Side of Disruption

The Impact Of Culture In Attracting Top Talent

[Listen to the Podcast Here]

Karen speaks with Jose Ruiz of Alder Koten to discuss the impact of culture on attracting and retaining top talent.

KAREN: Welcome to the Leaders on Leaders series from the global Association of Executive Search and Leadership Consultants. I’m Karen Greenbaum, AESC President and CEO. In Leaders on Leaders, we explore today’s top trends impacting global leadership with leaders from the world’s top executive search and leadership advisory firms. Today, we’ll be discussing the impact of culture on attracting top talent. I’m joined today by Jose Ruiz, CEO of Alder Koten. Jose, why don’t we begin with you telling us about Alder Koten?

JOSE: Thank you, Karen. Alder Koten helps shape organization through a combination of executive search, cultural and leadership assessments. Our firm is considered a boutique. We have nine partners with 32 consultants in four cities primarily focused on the Americas, North America. The focus of our boutique is on multi-cultural candidates that can work seamlessly across borders and cultures.

KAREN: In a recent AESC survey that we did of over 800 executives worldwide, the number one reasons among those who plan to change jobs in 2018 was for growth opportunity, but the second reason was culture which means it was really important. Why is culture such an important part of the equation in retaining talent?

JOSE: I believe that growth really drives our personal ambitions, and culture is something that we can take into consideration as a positive but it also has the potential of being part of the cost. At what cost are we willing to accept a job? Culture can be part of that if it does not feel natural to us. To me, culture is a little bit like the temperature of a room. When it’s right, it allows us to work better our best, and we don’t even notice it. When it’s not, it becomes very evident and we start to become conscious about it. That’s when we start noticing it for the wrong reasons. When we do notice a disconnect in culture and when it does not feel natural, that’s really when we start actually expending energy just to be able to be within that certain group or within that certain company. So it has the potential of becoming another layer of effort that really can make things hard, and that’s when it becomes a cost. Nobody enjoys being uncomfortable, so naturally, we leave uncomfortable environments and uncomfortable cultures.

KAREN:That’s a great segue to my next question which is how do we define and evaluate an organization’s culture?

JOSE: This is almost like defining love or leadership. We all somewhat understand it, but as we start peeling the layers and then point to - get into explaining the details, things start to get a little bit complicated. In the Harvard Business Review article by Michael Watkins, he declares that while there is universal agreement that culture exists and it plays a crucial role in shaping behavior in organizations, there is little consensus on what organizational culture actually is. If you go into Dictionary.com, you’ll find that it says something like, “Culture is a sum of attitudes, behaviors, customs, and beliefs that distinguishes one group of people from another.” This one sentence really includes a couple of key words that are worth getting into, but the first one is the word “sum.” This means that each individual, each one of us, we have a cultural profile, and the sum of these cultural profiles are what creates a group’s culture.

Winston Churchill said, "We shape our buildings; thereafter, they shape us." This is the way that we see culture. We bring our individual cultural profiles into a culture to shape it, and then the culture ends up shaping us. There’s no firm border between cultures. Cultures are fluid, and they overlap. You have broad organizational cultures. You have microcultures within the company, and then you have societal culture. It is defined as the sum of attitudes, behaviors, customs, and beliefs that distinguishes a group of people, but the important thing is to understand that the firm border is not there and that these individual behaviors and beliefs are really what’s at the core of cultures.

JOSE: Going back to the definition of culture – culture is the sum of attitudes, behaviors, customs, and beliefs – two other terms are important. One of them is “behaviors” and the other is “beliefs.” Our business jargon and the business talk has really pushed the term “corporate culture” into something that defines the broad behaviors such as the culture of results, the culture of innovation, but that’s common behaviors. It’s more of an outcome than a starting point.

If you look at culture, there are two broad sides. One side is being, and the other side is doing. A culture of results, a culture of innovation, it speaks to the doing part. It’s a manifestation, and doing will be based on context and circumstances. The being part, on the other hand, is much deeper. It involves beliefs and purpose, and it should outlast context and circumstances. This is where evaluating culture can get a little bit tricky, and this is where shaping the culture can get a little bit tricky. For example, if you would ask a group of 50 CEOs if they feel that integrity should be an important of their organizational culture, I can bet you that everybody will tell you that integrity is paramount, but integrity itself is not at the core of culture. The definition and interpretation of integrity is.

For example, let’s say you and I, Karen, are on a business trip together. We’re driving a rental car, and you’re driving the rental. You accidentally bumped into a light post on an empty street. It’s a rental car, so we have to report this. At that point, you turn to me and tell me that you had a couple of cocktails before we left and you request that I take the wheel and report that I was driving. In a culture where hierarchy and personal loyalty overshadows structure and institutions, integrity would actually mean that I protect you and I take the wheel. In a culture that values institution and structures over personal loyalty and hierarchy, then integrity would be to deny taking the wheel. If we share the same interpretation of integrity, the moment becomes insignificant because the thought quickly becomes into actions. You might just know not to ask or I might not know just to take the wheel without you asking. If we don’t have the same interpretation, then it will become evident that it’s an uncomfortable situation, and it becomes evident that the temperature of the room is awkward.

We can shape the doing part, but it’s much more difficult to shape the belief. Now, to be able to have a culture that really is impactful when it comes to being able to be drawing a strategy, we need to be mindful of both. When we do select employees, when we talk about performance, we have to be very much aware of what our beliefs are. Then, when it comes to driving the circumstances, then it becomes a question of being able to have the right behaviors, make sure that people do walk the talk, and that we’ve got a sequence where we’ve got actions that turn into habits and then eventually habits that will get defined as part of the culture.

KAREN: As you look at culture change, does that mean you focus on what are the actions that will help you move the culture to that new direction?

KAREN: Okay. That’s really helpful. Let me ask you one more question, and this one’s a tough one. Diversity and inclusion is, of course, a part of any culture conversation these days. The notion of culture fit has also been challenged as facilitating unconscious bias. That person doesn’t fit, or that person does fit. Can fit still be measured while you’re championing a culture of diversity?

JOSE: This is a very tough question, and I think the biggest risk here – and I think something that is very valid right now – is that many organizations just try to avoid any type of controversy. Many times, in trying to avoid controversy, they head towards the plain vanilla option, and I believe that’s the risk in trying to not be true to your core beliefs as an organization, trying to not champion those beliefs, and then get confused as to the term of what is diversity and what is inclusion. We need to be very clear on what the universal values are that do protect the core of our identity while at the same time making sure that we do allow for the different perspectives and different cultural profiles that can come in and will eventually end up transforming the culture going forward. It’s a tricky situation but I think that companies need to be brave in the regard that they do need to understand what their beliefs are and not be shy about making sure that their culture reflects that.

JOSE: Absolutely not. I think that if everybody is the same, then you get into a situation where you’re not pushing transformation and that generates just a whole bunch of other risks for any type of organization.

KAREN: Terrific; Jose, thank you very much for taking the time to share your insights today. I learned a little bit more about culture than I did before we started so thank you. And listeners, thank you for joining us for Leaders on Leaders. For our next Leaders on Leaders discussion, stay tuned to AESC.org. Thank you and have a great day. 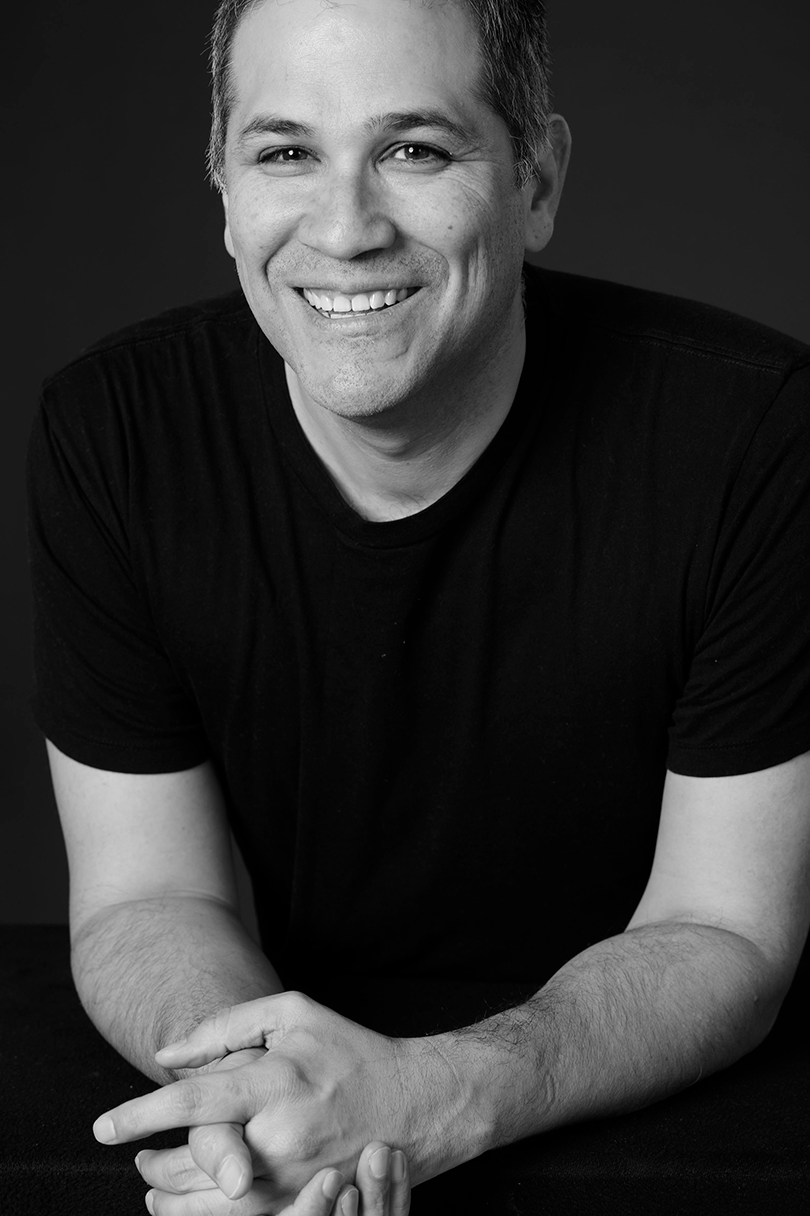 He is also involved in executive search work focused on board members, CEOs and senior-level executives; and consulting engagements related to leadership and organizational effectiveness helping clients create thriving cultures.

An important part of his time is spent on research work focused on organizational effectiveness centered on leadership and culture. Prior to joining Alder Koten, Jose was a Principal with Heidrick & Struggles’ Global Industrial Practice based in Houston, TX and Monterrey, Mexico.

His professional experience also includes leadership positions in engineering and operations management for manufacturing organizations in the US and Mexico. This experience includes serving as vice president and general manager at Holley Performance Products. Jose is a bi-weekly contributor at Forbes.com.mx writing about executive leadership and career development.

Jose holds a master’s degree in organizational leadership from Gonzaga University and a bachelor’s degree in mechanical and electrical engineering from the Instituto Technologico y de Estudios Superiores de Monterrey. He is fluent in English and Spanish.

Jose Ruiz serves as Alder Koten’s Chief Executive Officer providing vision, strategic direction and the roadmap for the firm’s future. He is also involved in executive search work focused on board members, CEOs and senior-level executives; and consulting engagements related to leadership and organizational effectiveness helping clients create thriving cultures. An important part of his time is spent on research work focused on organizational effectiveness centered on leadership and culture. Prior to joining Alder Koten, Jose was a Principal with Heidrick & Struggles’ Global Industrial Practice based in Houston, TX and Monterrey, Mexico. His professional experience also includes leadership positions in engineering and operations management for manufacturing organizations in the US and Mexico. This experience includes serving as vice president and general manager at Holley Performance Products. Jose is a bi-weekly contributor at Forbes.com.mx writing about executive leadership and career development. Jose holds a master’s degree in organizational leadership from Gonzaga University and a bachelor’s degree in mechanical and electrical engineering from the Instituto Technologico y de Estudios Superiores de Monterrey. He is fluent in English and Spanish.

Transformational Leadership: The Other Side of Disruption